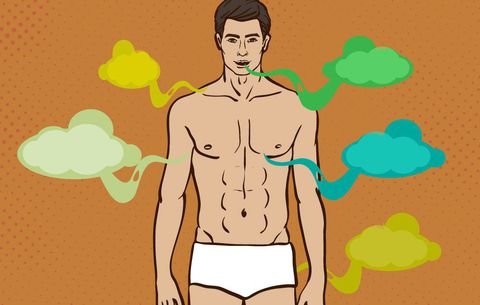 Are you tired of putting on deodorant and antiperspirant to cover up your smell? Do you always keep a little cologne or perfume with you? Ever wondered why some people smell more than others? Do you have any neurological symptoms that are random or you can’t seem to figure out?

Two of the major reasons why you or someone you know might smell like a used sock in a high school football locker is due to two chemical compounds called ammonia and aldehydes.

Ammonia toxicity and aldehyde toxicity are two common findings in clinical practice and both can wreak havoc on your health and not only leave you searching for a stronger deodorant, but also with physical, mental and neurological symptoms. We will cover ammonia toxicity in this article. If you are someone that can’t stand the smell of strong perfume or gets headaches when walking through the mall, you may have an aldehyde problem.

Ammonia is a normal byproduct of the digestion of fats and proteins in the body. When athletes do a hard workout they are known to have “ammonia sweat” that is often due to the breaking down of their own muscle to provide sugar to their body. Gluconeogenesis – Overproduction of cortisol due to high stress, can also lead to an overproduction of ammonia as the body breaks down tissue. These can lead to excess odor, but also to more important neurological symptoms.

Not all ammonia is bad. A healthy intestinal tract produces ammonia daily and as it reaches the blood stream it is shunted to the liver to be turned into a product called urea. The urea is put back into the blood stream and then the kidneys are supposed to dispose of the urea (which contains ammonia) in the form of urine. A problem in either the liver or the kidneys can lead to inadequate detoxification and thus a backup or excessive buildup of ammonia in the bloodstream.

If you look at hyper-excitability, brain swelling, high glutamate, low serotonin, etc. You have a perfect picture for ADD/ADHD and Autism. Thus, in patients with these concerns, ammonia is more important than just having an excessive odor problem.

Water – Some public water sources use a chemical called Chloramine, which is a combination of chlorine and ammonia used to clean the water. The problem is that getting the ammonia out of the water after it has been put in is difficult.

Fast Foods Meat – About 70% of meat in America have ammonia added to it in order to kill off E. Coli, salmonella and other possibly harmful bacteria. This ammonia is then consumed and can get into your blood stream.

Dysbiosis/SIBO/Fungus – Probably the most well documented fungal infection to produce and thrive on ammonia is candida albicans. There is a normal amount of ammonia that is produced and later detoxified in the human body, but overgrowth of candida, parasites and other bad bacteria can lead to a huge increase in the production of ammonia, thus overwhelming the liver and making it impossible to detoxify all of the ammonia.

where to buy dapoxetine online

You can now use body odor as a guide to the status of your health. While body odor isn’t an absolute sign of ammonia toxicity, if you have any foul odors, leaving your body, you know you have an underlying health imbalance that you could benefit by looking into.